It can be fired in either double or single action mode and can be unloaded without activating the trigger while the safety is in the “on” position. The M9 pistol has a 15-round magazine, and may be fired without a magazine inserted. This weapon can have the hammer lowered from the cocked, “ready to fire,” position to the uncocked position without activating the trigger by placing the thumb safety on the “on” position.

The M9 fieldstrips easily without the need of tools, with the disassembly latch staying on the gun and returning to the locked position automatically. The 3-dot sight system provides rapid sight acquisition, and enhances the sight picture in low light conditions. The spring-loaded, ambidextrous safety lever doubles as a decocking lever, and the pistol has a hammer drop catch to protect against unintentional hammer drops. A Bruniton™ non-reflective black coating provides superior corrosion and wear resistance.

The Beretta M9 Semi-Auto Pistol is a perfect choice for home defense, field carry, law enforcement, and target practice for all the same reasons the military uses it. Comes with 2 high capacity magazines.

The word “ultimate” has long been common currency among firearm enthusiasts. But if there is a combat and tactical pistol for which this term is absolutely appropriate, it is the Beretta M9. This legendary semiauto handgun has not only won the historic contract with the US military in 1985, but has achieved a triumphant contract renewal after more than two decades of hard use in the world’s toughest and most extreme conditions, from the scorching deserts of Iraq to the frigid heights of the Afghan mountains.

A contract renewal after this kind of use and abuse means a product that has kept its promises–and then some. Simply put, there is no pistol today that is as durable, reliable, dependable, easy to use, safe and accurate as the Beretta M9, the handgun that has rightfully earned the nickname of “World Defender.”

When we talk US military standards, we talk hard numbers, not opinions. The M9 has been put through impossibly-rigorous durability and reliability tests that greatly exceed any kind of real-life situation–and it has passed them all with flying colors. For instance, it will keep functioning in temperatures as low as -40 F and as high as +140 F, and it consistently fires over 35,000 rounds of commercial ammunition before a failure. It will keep functioning reliably even after being buried in the sand or snow, or being repeatedly dropped on hard surfaces like asphalt or concrete. Beretta’s engineering experience and the quality of the steels used enable this kind of reliability, on which America’s servicemen and women depend every day.

Another official test that the M9 had to pass was at the firing range. Even here, the demands of the US military far exceed most conditions in which a handgun is used–and even here, the M9 delivers. As per government testing guidelines, this pistol is capable of firing 10-shot groups of 3 inches or less at a distance of 50 meters (approximately 55 yards), with consistency and reliability. With other brands and models of premium pistols, this kind of accuracy may only be attained with extensive (and expensive) modifications and customization with after-market parts, while the M9 offers it right out of the box. 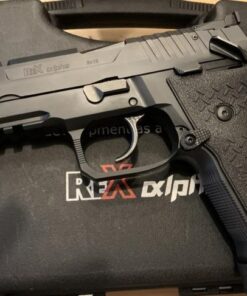 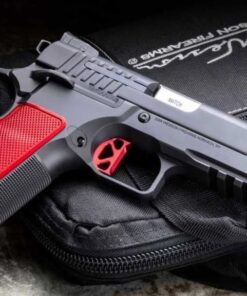 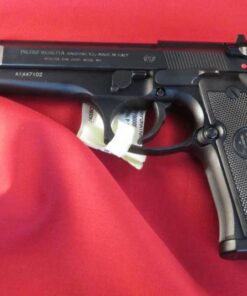 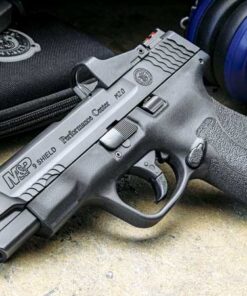 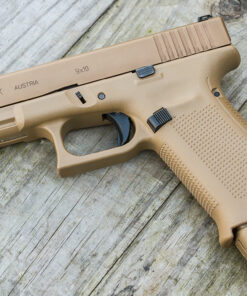 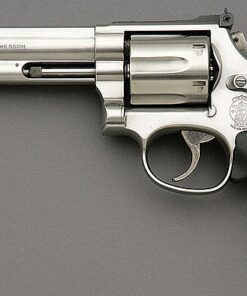 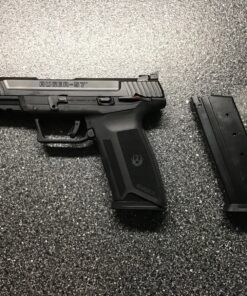